For the past several years, the Affordability, Food, and Housing Access Taskforce have gathered together students, practitioners, and reform advocates for an annual summit to discuss high impact practices that address affordability, housing, and food insecurity concerns. We invite you to join us Friday, December 9, 2022, for our next conference hosted in person by San Bernardino Valley College and presented by Ellucian.

For too long, California Community College students have been under-funded and under-resourced, resulting in disproportionately high levels of food insecurity, homelessness, and poverty. The growing income gap and systemic patterns of racism have become a central social justice and moral dilemma facing our colleges. The 2022 December conference will address questions such as: How are we going to ensure that our students are housed and fed? How can we convince policymakers and change agents that food, housing, and meeting basic needs are fundamental rights for everyone? How are we implementing changes within our own institutions? How can we become better at addressing this critical moral dilemma?

The Basic Needs Summit is geared toward administrators, faculty, classified staff, and student leaders from all areas of the colleges that are working on or interested in helping alleviate basic needs insecurity in our communities. We also invite our community college partners and advocates to join us for this important basic needs discussion and convening.

Please note this event will be held in person and registration will open in October 2022.

The Conference Planning Committee is now seeking proposals for the summit across a variety of strands. We are especially interested in proposals that will provide a blueprint to practitioners, allowing attendees to walk away with “how to” technical resources. To that end, practitioner/student-led panels are highly favorable to bring practical toolkits to equity and student-centric Basic Needs Centers and expand student services. Potential conference proposals are encouraged to fit into one of the following strands:

In preparation of a conference proposal, applicants should have the following information ready for their submission: 1) Names and institutional affiliations of each participant (including address, email, and phone); 2) a title for the proposal; 3) a 50-word summary of the proposed session; 4) learning objectives that will be highlighted during the session (200 words maximum); and 5) the key contact person for the proposal submission.

The deadline for submission of proposals is Friday, September 30, 2022.

Submissions will be reviewed and selected by the summit planning committee and applicants will be notified on or before October 14, 2022, if their proposal has been accepted. Email Sadie Brown at sadie@ccleague.org if you have any questions. 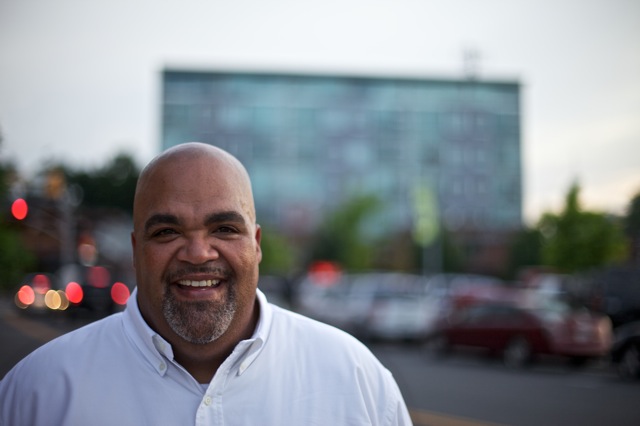 For the past 22 years, Reggie Dabbs has been speaking to students in public schools. Major news media call him the top public school speaker in America. His keynote is sure to provide an inspirational message that you won't want to miss!

Today’s generation faces unparalleled pressures, struggles and choices. If we can reach young people on a personal level so they don’t feel hopeless or alone, and equip students in their choices, we can make a difference individually in overall school climate. Reggie shares with students, “You can’t change your past, but you can change your future.” No matter what challenges students experience, there is always hope for their future.

Why does Reggie’s story speak strongly to youth? He was born to an unwed teen mother struggling to care for her other children. Despite being born into such poor circumstances, Reggie finds the silver lining, and considers himself fortunate to be alive. Raised by foster parents, Reggie pointedly relates to what it is like for kids struggling with adversity, identity, and belonging.

During a school assembly, Reggie talks directly about choices surrounding topics like drugs, alcohol, and self-harm while using humor to continuously engage students. Reggie shares that he never smoked a cigarette, did drugs, or drank alcohol because he chose not to. Reggie shares the value of family even for kids, like himself, raised by nonbiological caring adults. He talks about healthy relationships and leads students to examine their own choices and potential consequences.

From being a teenager’s “problem,” Reggie has grown into one of the most in-demand speakers helping young people face and overcome struggles head-on. The NEA ranked Reggie as the #1 High School Speaker in America. His words leave a lasting impression on students.